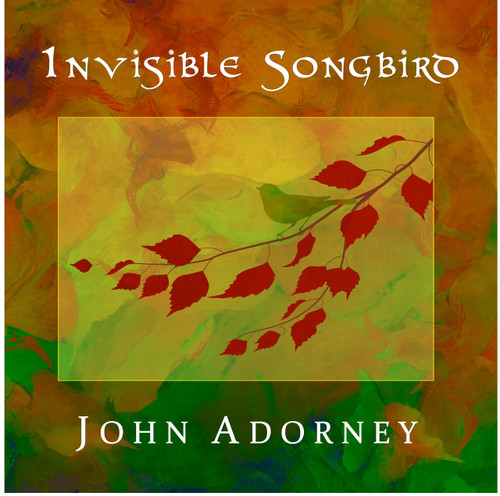 It´s been 20 years since he released his debut album Beckoning, which continues to be the label´s best-selling title and, after having sold close to half a million copies worldwide, John wanted to deliver something very special.

Almost two years in the making, Invisible Songbird proves that John is not only an extraordinarily prolific composer, but that he continues to create music of an unmatched quality. Following closely on the heels of his theme-based release, Toward a Gentle Place, this album features 14 all-new tracks, with John performing on cello, guitar, keyboards, banjo, dulcimer, dobro, viola and recorder. Two tracks feature outstanding vocal performances by his two long-time musical collaborators, Daya and Marcel Adjibi.

With this album, John ventures into some new musical territory – his rendition of Bach's "Jesu, Joy of Man's Desiring" is a revelation, and his bluegrass-flavored "Welcome Home" evokes a comforting, heartfelt quality. Long-time fans of John's music are sure to be delighted, and Invisible Songbird is guaranteed to bring many new fans into John's musical world.

1    Drink the Water and Feed the Fire, (featuring Daya)

14  The Persistence of Longing

Free download and video of "Even in Your Darkest Hour"

Free download of THE TIME HAS COME - Stuart Hoffman