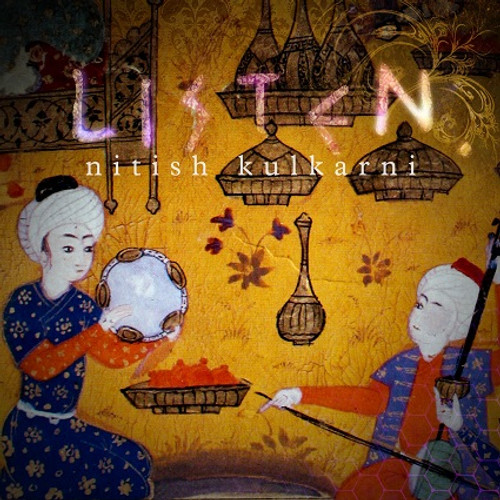 Recorded entirely at Berklee College of Music’s international campus in Spain while Nitish was working on his graduate studies, Listen features a myriad of instruments from all around the planet, from the Turkish oud to the Australian didgeridoo, and from a Baroque contrabass lute called the theorbo, to modern inventions such as the glissentar. Listen is the product of a careful blending of modern production with the sounds of ancient, rare, and perhaps, to some, exotic musical instruments.

“The goal of this project was to bring an element of ethnomusicology to contemporary music, and vice versa,” says Kulkarni. This isn’t your traditional “world music” album, nor does it rehash the same stale tropes typical of today’s mainstream music. Instead, it’s a modern pop/rock album meant for people who don’t normally listen to world music. “I really want the listener to have a sense of familiarity and oneness with the different cultures across the planet by the time he or she gets to the end of the record,” the young composer states.

Following his sleeper hit Synesthetic in 2015, Kulkarni envisioned a more ambitious soundscape for his second release. “One of the most special things about this album for me is how many instruments on it are played live,” he explains. With a few exceptions, Synesthetic was created almost entirely using virtual instruments. By contrast, Listen boasts upwards of 15 musicians, and was recorded in Berklee’s state-of-the-art facilities. “It’s one thing to use electronic sounds… but when an actual instrument is in the room, the song takes on a different life.” The result is apparent: Listen has a breath of fresh air rarely heard in electronic music today.