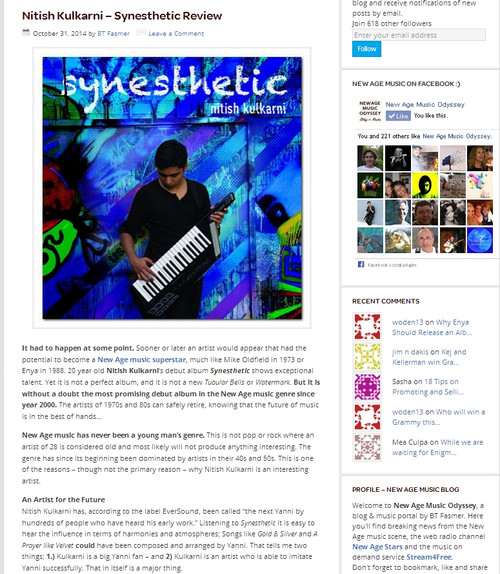 Nitish Kulkarni is a rising artist in the instrumental scene and has been called the next Yanni by hundreds of people who have heard his early work.

Influenced by his Indian heritage and American upbringing, Nitish’s music incorporates musical instruments and styles from all around the world and blends together electronic and acoustics sounds from over 50 different musical instruments

His debut album was produced by award-winning composer John Adorney who is also featured on two tracks.