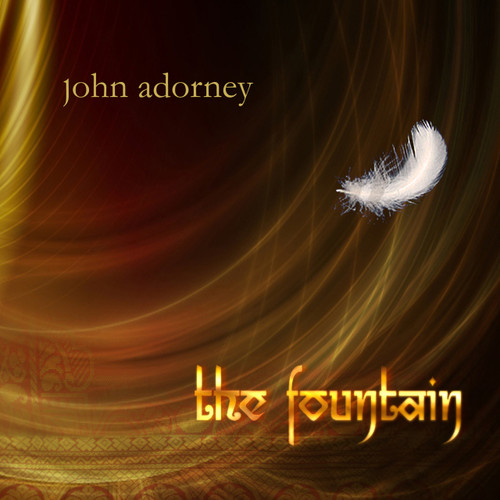 The Fountain is John Adorney's fifth album and it features Daya and Marcel.

This recording seamlessly follows John's elegant and enchanting 2006 release, Trees of Gold. On these eleven new tracks, his beautiful melodies float over the rhythms and elements of Indian, Middle Eastern, pop, classical and African music.

Once again John showcases his musical skill on several instruments, including cello, keyboard and guitar.

Here, as on all of his releases, John's primarily instrumental compositions are complimented by the luscious, layered textures of female vocalist Daya. Included on The Fountain are two songs - the comforting "Even In Your Darkest Hour" sung by Daya, and the lovely "Comme Le Vent" on which John collaborated with lyricist and African vocalist Marcel Adjibi.

4Feather on the Wind

6 Even In Your Darkest Hour - featuring Daya

9 An Ocean in the Drop