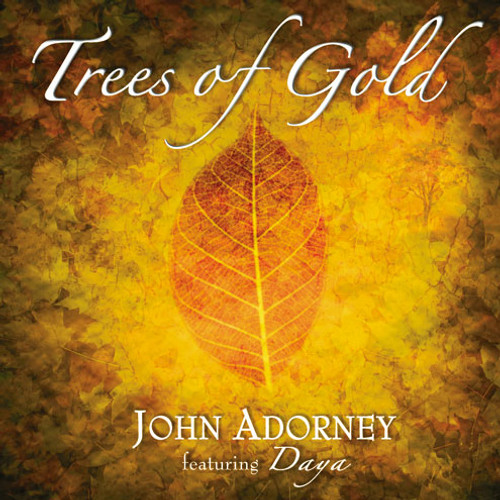 John Adorney’s fourth solo release, Trees of Gold, once again captures the energy and melodic beauty of his previous CDs. As on all of his releases, John’s compositions are complimented by the luscious, layered textures of female vocalist Daya, while the title track, as well as the beautiful “Yilowe” feature African vocals by newcomer Marcel Adjibi. Trees of Gold seamlessly follows his elegant and enchanting 2004 release, Waiting for the Moon, and The Other Shore, which was honored by the Coalition of New Age Retailers as the Best New Age CD of 2002 .

John once again showcases his skills not only as a composer, but as an outstanding performer on guitar, cello and keyboards. Rhythms and elements of Middle Eastern, pop, classical and African music pulse beneath John’s unforgettable melodies,, and guests artists perform on oboe, flugel horn, flute and the Middle Eastern duduk.

“John is a very gifted artist; I love his sense of timing, melody and instrumentation… he is a genius at bringing notes to life. His new bum, 'Trees Of Gold', shines brightly with the spirit of adventure, beauty and majesty”  - Diane Arkenstone.

Arrival of the Guest

A Wind in the Forest

Man of the Red Earth